Red Star Belgrade starlet Marko Grujic appears to have been given the green light to complete his proposed transfer to Liverpool after he was granted a UK visa, according to Serbian publication Danas.

The 19-year-old will be expected at Anfield on Monday to carry out his medical and put pen-to-paper on a five-year deal with the Reds before returning to Red Star to see out the remainder of the season on loan.

The move had appeared to come under threat by his father, who had asked him not to join Liverpool, but the player took to his official Facebook page to confirm that he would be making his way to England. 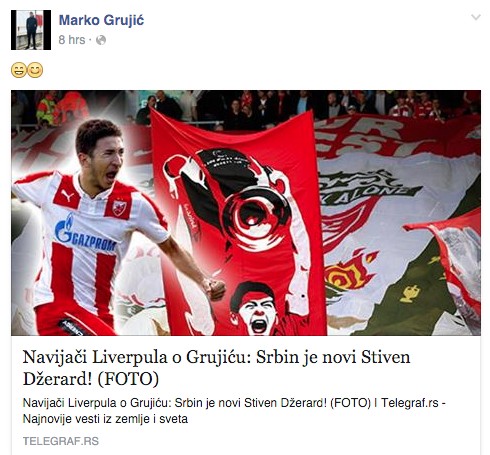 Further talks will be held between the player’s representatives and the club before he signs on the dotted line, and following a successful spell back in his homeland he will then join up with the Reds for the beginning of the 2016/17 campaign.