As 2015 drew to a close, we asked five of our writers to name their Premier League Player of 2015.

Despite giving the CaughtOffside team the freedom to pick absolutely anyone they deemed worthy, only two names came up – Arsenal playmaker Mesut Ozil and Leicester City winger Riyad Mahrez.

“It has to be Riyad Mahrez; the Algerian played his part as the Foxes completed the great escape under Nigel Pearson, and has taken his game to another level this season, proving to be both an elite creator and a sublime goal scorer for Claudio Ranieri’s high-flyers.”

“Since we are including the entire calendar year, I can’t possibly count Riyad Mahrez, who has only emerged since August. No, the answer is obviously Ozil, who picked up two trophies in the 2015 calendar year and is an assist wizard. In addition to being a dominant force last season he is single-handedly willing the team to the top of the table despite a slew of serious injuries.”

Ashley Attlee picked Özil (and insisted on using an umlaut)

“The German genius was a different player following his return from injury last season, and has just been going from strength to strength ever since. Özil has been phenomenal this season, and looks likely to be the key to Arsenal finally getting their hands on a fourth Premier League title.” 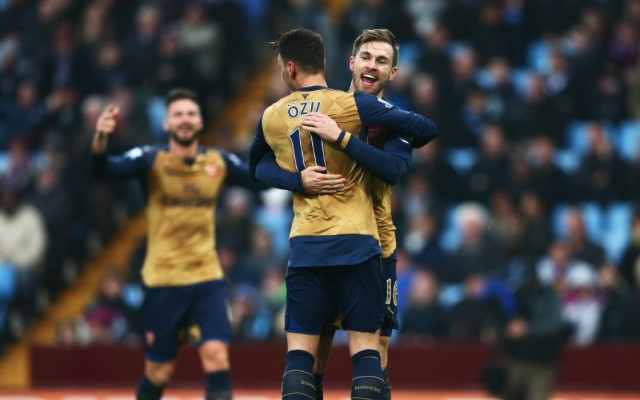 “The Algerian’s goals and assists helped Leicester achieve firstly a miracle survival and then an even more unlikely rise to the top of the Premier League.”

“Jamie Vardy may have taken the bulk of the headlines, but in my opinion he’s just having a good season, whereas Mahrez is the real deal. Leicester paid around £500,000 for him in 2014, according to Sky Sports, but his value must have increased ten-fold over the past 12 months, if not forty-fold!”