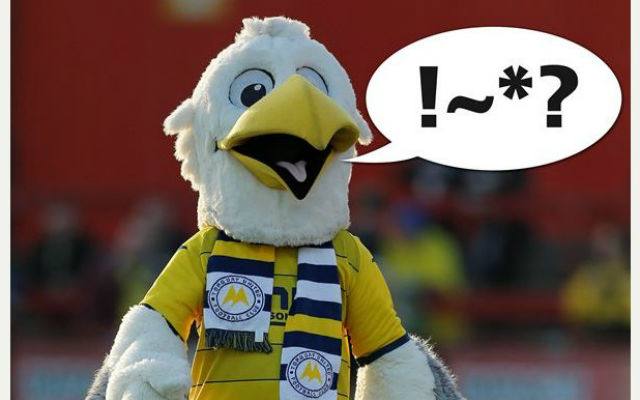 Beloved Torquay United mascot Gilbert the Gull has been banned from the club’s stadium for the clash with Forest Green Rovers on New Year’s Day because he can’t stop swearing at fans, according to the Metro.

With BT Sport’s cameras in attendance, the mascot will not be allowed into the ground for fear that they will pick up his foul language and broadcast it to the entire country.

Gilbert has a history with bad behaviour, having reportedly once called fans “a bunch of c***s” and got into a fight with another set of supporters.

Steve Jegat, who dons the costume, was informed of their decision yesterday, and has since pleaded with TV bosses to allow him to be a part of the day.

But they have since told him to keep away as he represents a security threat as they don;t want him anywhere near their national family audience.