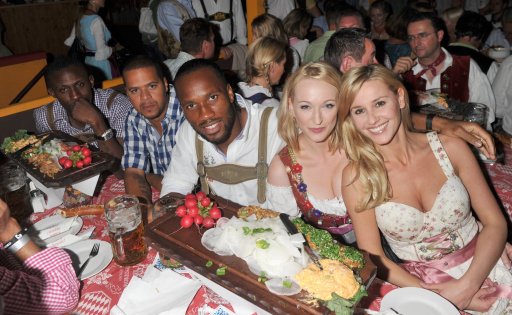 Former Wigan Athletic centre-back Steve Gohouri has been found dead at the age of 34.

The defender, who represented the Latics for two and a half campaigns, was reported missing on December 12 after having been at the Christmas party of his German employers TSV Steinbach, who currently play in the fourth tier of German football, according to BBC Sport.

However, he didn’t show up to visit his family in Paris for Christmas, and local police confirmed on January 2 that a body had been found in the River Rhine in the city of Krefeld.

The defender—who made 12 appearances for the Cote d’Ivoire, and who represented the Elephants at the 2008 Cup of Nations and the 2010 World Cup—joined Wigan in 2010.

He made 42 appearances for the side, memorably finding the net in a 1-1 draw against Liverpool in Februray 2011, but he was released at the end of the 2011-12 season after falling down the pecking order at the DW Stadium.

The defender learned his trade at Paris Saint-Germain, and also featured for the likes of Borussia Monchengladbach, Young Boys, Maccabi Tel Aviv and Skoda Xanthi.