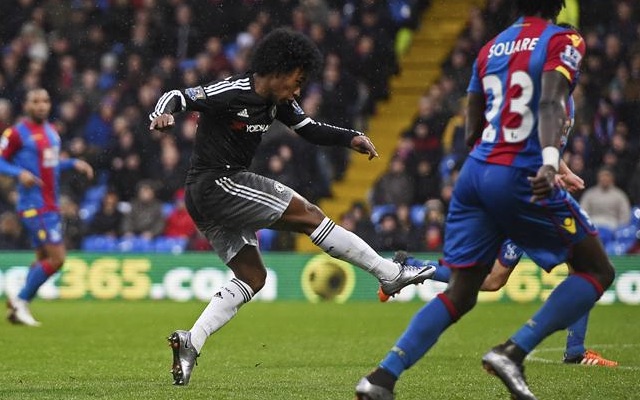 Very few Chelsea players have played consistently well so far in the 2015-16 season. That’s why the Blues are closer to the relegation zone than the top four.

However, among all the under-performers has been Willian, who has had an excellent campaign.

Willian scored his 10th goal of the season – including two for Brazil – on Sunday to set Chelsea on their way to three points against Crystal Palace. As usual, it came courtesy of a pretty stunning strike!

Oscar broke the deadlock for Chelsea at Selhurst Park, before Willian’s wondergoal, which came on 60 minutes.

Willian then set up Costa for Chelsea’s third of the game.