Calum Chambers was brought to Arsenal with great promise but has largely been on the fringes of things at the Emirates Stadium since joining from Southampton last summer.

So it may come as a surprise to learn that the 20-year-old brought up 50 appearances for the Gunners in their 1-0 Premier League victory over Newcastle United yesterday.

Chambers came on as an 89th-minute substitute for striker Olivier Giroud as Arsenal hung on for a narrow home win secured by Laurent Koscielny’s second-half strike.

Newcastle were in the relegation zone prior to kickoff in North London, but had equal possession and twice as many shots on target as the now-outright Premier League leaders.

The three-times capped England international took to Instagram to mark the double celebration of reaching his Arsenal half-century and making a winning start to 2016. 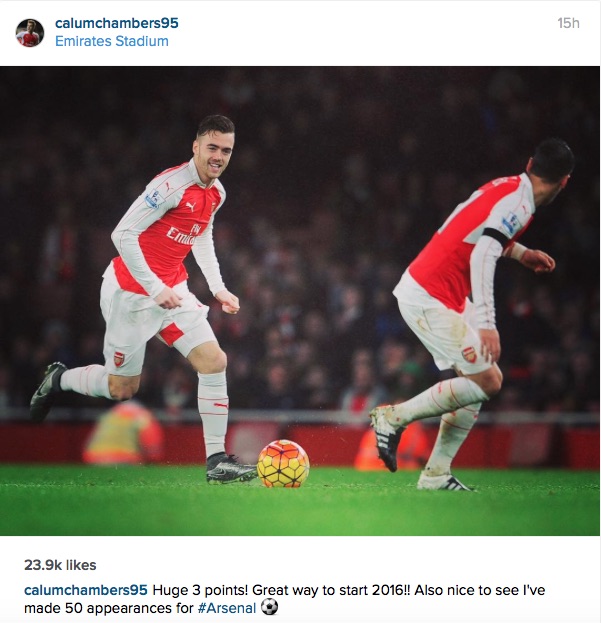 Of Chambers’ 50 Arsenal appearances, 18 have come as a substitute. He has started 19 times in the Premier League and made 33 outings for the Gunners in the top flight, although only nine this season.