January not only allows teams to acquire new players, but it also welcomes negotiations between teams and players for moves that will take place at the end of the 2015-16 season. From PSG stars like Zlatan and Ezequiel Lavezzi to talented vets like Ben Arfa and Banega, there are plenty of options for teams to pursue.

Liverpool fansite Empire of the Kop have put together an ideal starting XI made up entirely of soon-to-be out-of-contract players who are available to sign for free NOW on Bosman deals that will come into effect within six months.

Here is a look at the best possible Bosman XI for 2016: 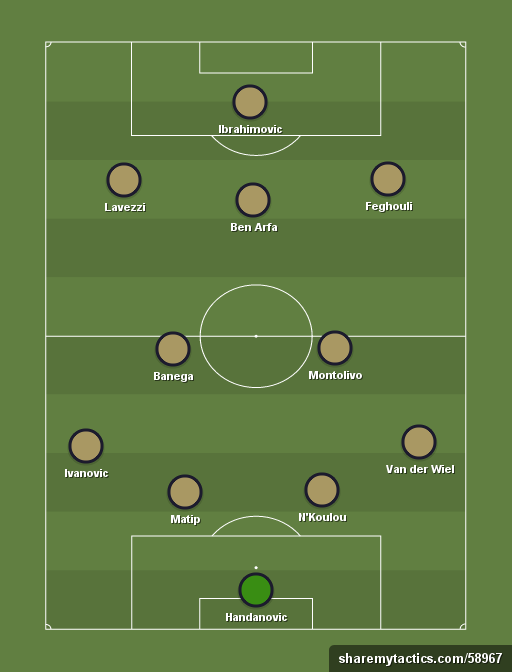 The two-time Serie A Goalkeeper of the Year has started all but a handful of matches for Inter Milan and Udinese over the last nine years.

Rumours of Ivanovic’s imminent departure quieted down a bit after he scored a goal in Chelsea’s first post-Mourinho match. Nonetheless, he hasn’t been what the team needs at the position for the majority of the season and is poised to be let go.

Matip is a versatile centre-back who has stayed healthy since he was a teenager.

N’Koulou was named to the Ligue 1 team of the season twice with Marseille.

PSG’s defensive stalwart has played in a ton of games for the French giants and is still in his prime.