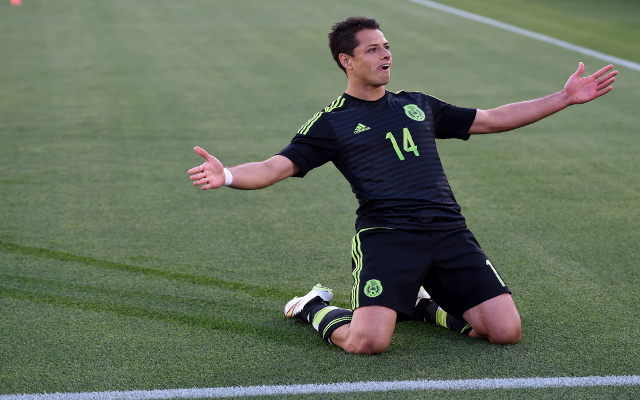 Arsenal have been told that Bayer Leverkusen striker Javier Hernandez is not for sale during the January transfer window.

The former Manchester United star has scored 19 goals in 25 games in all competitions for his new side so far this season, and that in turn has attracted attention from around Europe.

After a bitter split with United following the arrival of Louis van Gaal, Hernandez has previously insisted that he is happy in Germany, but that hasn’t stopped reports emerging that Arsenal are keen on taking him back to the Premier League.

However, it doesn’t appear as though that will happen in the January transfer window, with Leverkusen sporting director Rudi Voller insisting that the Mexican international is staying put.

“We are a football club and it is important that we are successful,” he told Sky in Germany. “Chicharito has played a big part in our success so far, through his style of play, through his goals.

“That’s why we brought him here. In the first half of the season, everything has worked out fine.

“It’s easy to reject offers when you are in a position in which you don’t need to sell. We are in such a position. We will keep the players we want to help us achieve our goals.”

Arsenal currently sit two points clear at the top of the Premier League table, but with injuries conspiring against them, the Gunners may well need reinforcements in January in order to strengthen their squad and maintain their current momentum.