The former Reds captain, now playing for Los Angeles Galaxy, is flying Down Under to play for Liverpool’s all-star side against a team of Australian legends at ANZ Stadium on January 7.

The journey to Sydney is a long one and Gerrard seemingly plans to kill the time by reading ‘Pep Confidential’ – Marti Perarnau’s take on the Spaniard’s first season in charge at Bayern Munich. 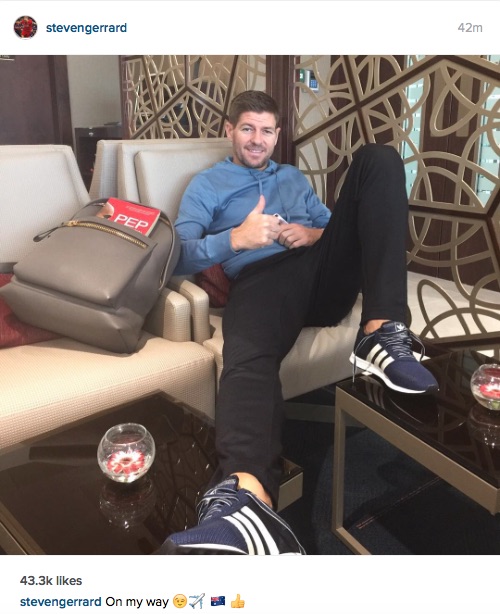 Perhaps the 35-year-old is doing some research ahead of Guardiola’s potential arrival to the Premier League next season. He has announced that he is leaving Bayern at the end of his contract in June.

Manchester City, Manchester United and Chelsea are believed to be queuing up to secure the two-time Champions League-winning manager of Barcelona’s signature, according to the Daily Star.

Apparently Gerrard is another of Guardiola’s many fans. Enjoy the read and safe flight, Stevie!