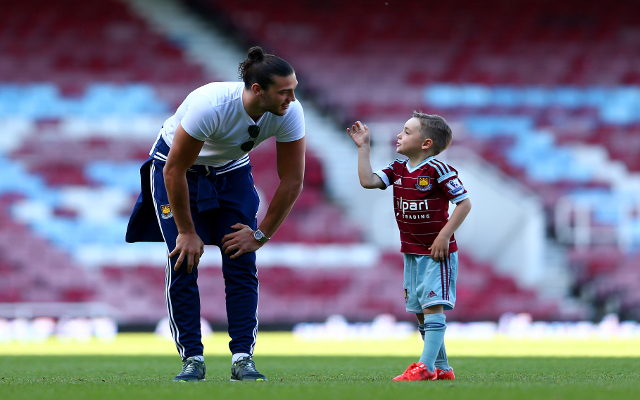 North-east rivals Newcastle United and Sunderland are set to go head to head for the services of West Ham United hitman Andy Carroll.

Hammers boss Slaven Bilic is keen to raise transfer funds as he looks to make a series of critical additions to his squad during the January transfer window.

The Croatian coach has identified Carroll—who is on an eye-watering £90,000-per-week deal at Upton Park—as a player he can offload in order to raise funds ahead of a January splurge.

While Carroll flopped at Liverpool, the club he moved to when he left Newcastle for £35 million in January 2011, and has had chronic injury concerns in recent seasons, he remains a menacing frontman and has two primary suitors, according to the Mirror.

The tabloid report that both Newcastle and Sunderland are keen on the attacker, both moves representing reunions for the 26-year-old.

Should he return to Newcastle, he would be heading back to his boyhood club, whom he represented between 2005 and 2011, while a switch to Sunderland would mean the chance to work with former Hammers boss Sam Allardyce.