Arsene Wenger looks primed to make the most un-Arsenal of January signings in order to give his side the best possible chance of bringing the title back to the Emirates Stadium.

According to the Daily Star, the Gunners boss is captivated by Watford skipper Troy Deeney, and is plotting a January move to try and bring the Hornets star to north London.

If reports are true, the potential move for the captain appears unlikely both because Deeney, despite his recent fine form, has spent his career to date in the lower leagues, and would not appear to be a natural contender to spearhead a title challenge. 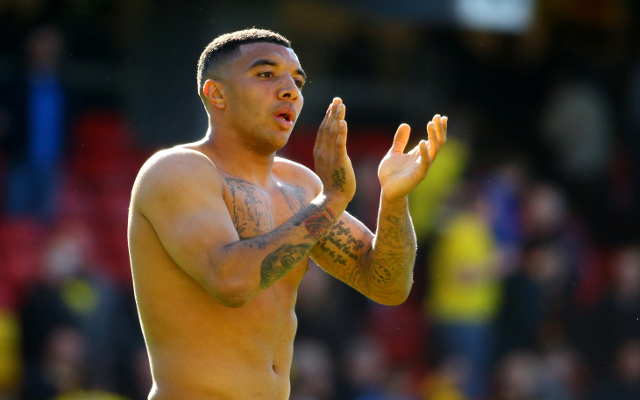 Similarly, as Watford’s spiritual leader and emotional heartbeat—a unifying figure within a disparate squad—it appears highly unlikely that the Vicarage Road outfit (who aren’t short of resources themselves) would be willing to countenance a sale.

Nonetheless, Deeney—who has scored six strikes in his last 11 outings after finally breaking his top-flight duck—is in a hot vein of form, and Wenger may be counting on his current confidence and momentum to carry the Gunners to the title.

With five assists to date this season, he could also prove to be an effective foil for the likes of Olivier Giroud and Theo Walcott.