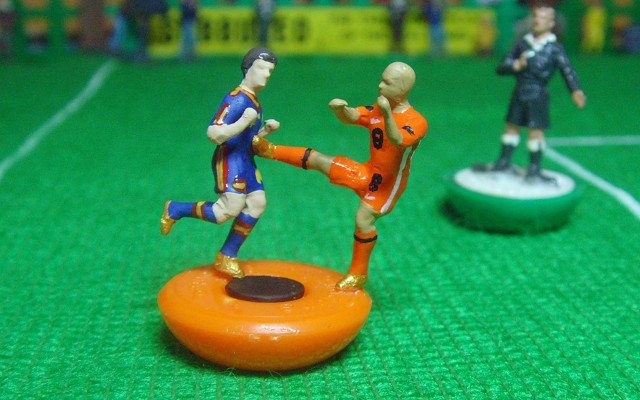 Leicester City are understood to be keen on bringing AC Milan midfielder Nigel de Jong to the club as they look to bolster their hopes of Champions League qualification.

The Foxes are the revelation of the Premier League season so far, and they find themselves in 2nd place after 20 matches, having accrued 40 points from their fixtures to date.

Leicester are only two point behind leaders Arsenal, and are not out of the title race, while Champions League qualification—they are currently six points ahead of Manchester United—would represent a truly remarkable achievement.

To that end, the club are keen on bringing AC Milan’s tenacious midfielder de Jong to the King Power Stadium, and while they are willing to offer £2 million up front to sign the player, the Mirror note that they’d increase their offer to £3 million should the Dutch international help them achieve their top-four aspirations.

The experienced Netherlands star won the Premier League title with Manchester City in 2012, having lifted the FA Cup a year prior.

The brutish de Jong was a silver medallist at the World Cup in 2010, and won bronze four years later.

It’s not immediately apparent whether de Jong is being viewed as a starter, with another new addition—summer signing Gokhan Inler—having struggled to assert himself ahead of Danny Drinkwater and N’golo Kante.