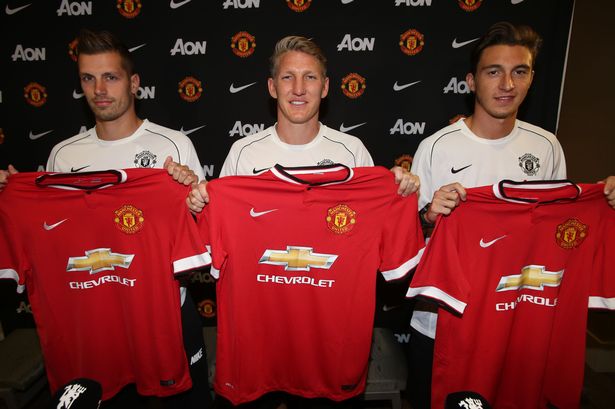 Matteo Darmian‘s stay at Manchester United could last only a year, with Bayern Munich understood to be keen on the right-back.

The Italy international moved to Old Trafford during the summer from Torino as a replacement for Rafael. The 26-year-old has suffered with injury this season, but he has largely impressed when he’s been fit.

In total, the versatile full-back—who can also play on the left and in midfield—has made 15 Premier League appearances, of which 13 have been starts. He’s also featured four times in the Champions League, but was powerless to prevent United’s first-round elimination.

He may soon be set for the exit door, however, with Bild [via Goal] reporting that the defender is being earmarked by Bayern for a summer transfer.

The club’s two current right-backs, Philipp Lahm and Rafinha, are both heading towards the latter stages of their careers, and the club are understood to be eyeing a replacement who can hold down the right-back berth for the next few years.

The report states that the club are ideally looking for someone who can replicate the offensive impact of David Alaba on the left flank, and while this may mean retraining a right winger to do the job, Darmian boasts the offensive instinct and the technical ability to be a key operator in this position for the German heavyweights.