FC Basel striker Albian Ajeti has apparently confirmed that midfielder Mohamed Elneny’s move to Arsenal has been completed, according to a picture he posted on his personal Facebook page.

The 18-year-old frontman uploaded a picture of himself with the Egyptian international with the caption: “I’m happy for you Mohamed El Nenny success in Arsenal.”

Elneny has been on the verge of completing his proposed move to Arsenal for a fortnight now, and yesterday it was reported that he had flown to London to put the finishing touches on the deal after successfully completing a medical last week.

However, the announcement of the deal had been delayed due to work permit issues, but Ajeti has potentially given an insight into the status of the move, suggesting that the deal has been done already and the midfielder will pen his contract this week.

Check the picture below… 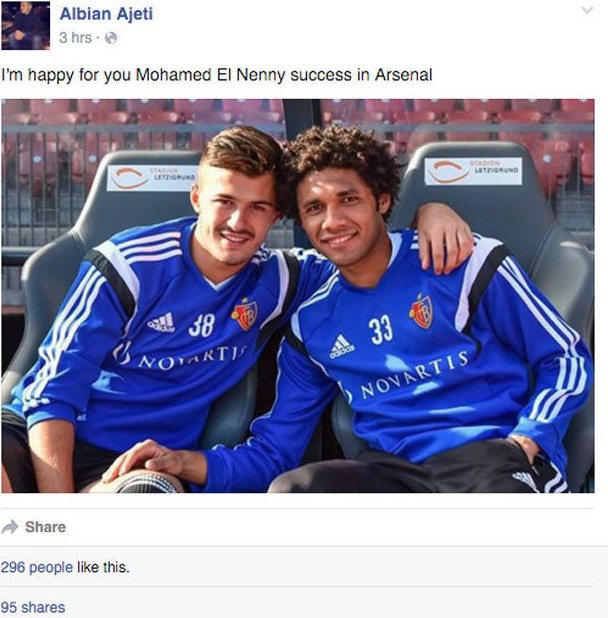