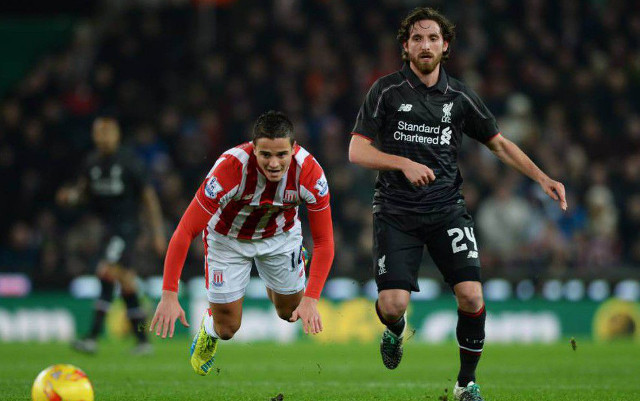 The no-look assist is one of the most impressive moves in football, and Liverpool were the rare beneficiaries of such a moment in a vital Capital One Cup fixture thanks to midfielder Joe Allen.

On the play in question, a superb pass from James Milner was picked out by Adam Lallana – who managed to beat the offside trap far too easily – and the former Southampton star was able to race to the byline and cut it back for Allen. The Welshman comically mishit it, but it rather fortunately fell to Ibe. The youngster took a decent first touch, before smashing it into the far corner to give the Reds the lead.

While the play was apparently accidental, fans were quick to dub their new hero the ‘Welsh Xavi‘ – a name once given to him by former manager Brendan Rodgers in homage to the Barcelona legend.

The Welsh Xavi with an incredible assist. Puts Neymar to shame. Joe Allen is the man. #STOLIV

The Welsh Xavi with an incredible assist. Puts Neymar to shame. Joe Allen is the man. #STOLIV