Between them, they pulled on the famous Red shirt 1,816 times, and were teammates for a few seasons at Anfield, all playing a part in the treble-winning campaign under Gerard Houllier in 2000-01.

They will line up alongside each other, and play under Houllier’s management, once again at Sydney’s ANZ Stadium on January 7 as a Liverpool all-star side face a team of Australian legends. 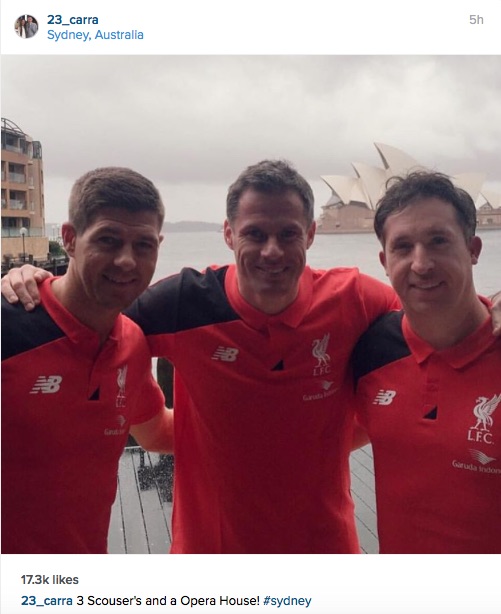 With the injury crisis that Jurgen Klopp is currently suffering with, all three would have a decent chance of a game for Liverpool’s first team once they fly back to Merseyside after their fun Down Under!

Klopp lost influential playmaker Philippe Coutinho and defender Dejan Lovren in last night’s Capital One Cup first-leg victory over Stoke City, in which Jordon Ibe scored the only goal of the game.