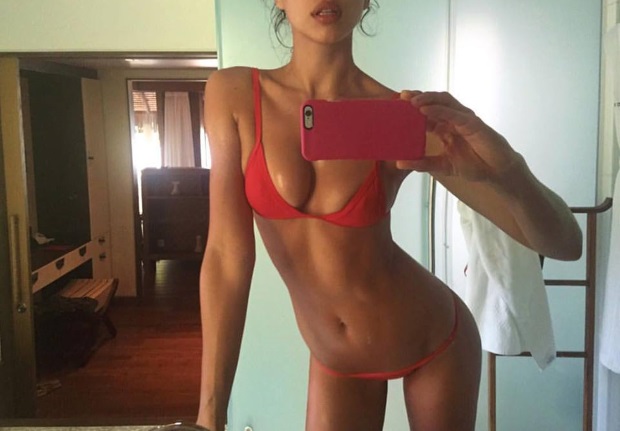 It’s no secret that we’re MAJOR admirers of Irina Shayk here at CaughtOffside…and the model’s latest Facebook post just confirms why we love her.

Admittedly, the Russian beauty may have drifted away from the footballing world after separating from Real Madrid superstar, but we still check up on how one of our favourite all-time WAGs is doing from time to time…or, rather, every single day.

We ended 2015 thinking that Irina Shayk had reached perfection, and that there was no possible way she could get any hotter.

An idle click onto Irina Shayk’s Facebook page led us to the photo below, and quite simply the most delicious photograph taken.

Red is the colour of passion, we all know that, but to be honest, Irina could have been wearing some kind of fecal brown for this shot and we’d still have almost fainted.

She even came close to breaking 2016.