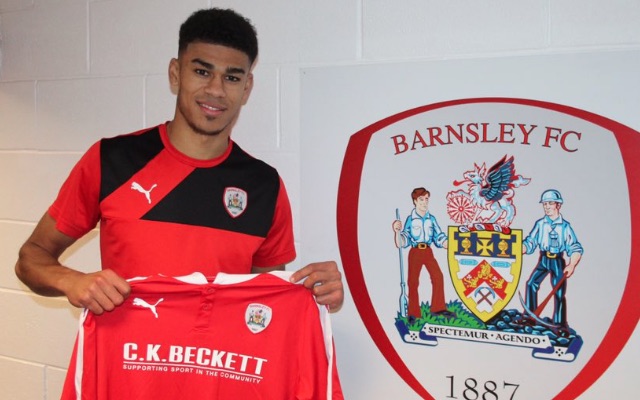 The 20-year-old has been a regular scorer for United’s U21 side, but is yet to make his senior debut at Old Trafford despite Louis van Gaal being desperately short of options up front.

Will Keane was recalled from his loan spell at Preston North End earlier this week to give support to Wayne Rooney and Anthony Martial, freeing up Fletcher to move to Oakwell.

The youngster jumped at the chance and will stay with Barnsley until February 6.

“I’m buzzing to be here,” Fletcher told Barnsley’s official website. “I’ve come to get some league experience and help improve the team. I’m looking forward to this weekend. Fleetwood are a good side and it will be a good test but with the quality we’ve got here, I’m sure we can do the business.

“Having trained with the lads this morning, I can see the quality that they bring to the club.”

Fletcher will be available for Saturday’s Johnstone’s Paint Trophy Northern Area final first leg against Fleetwood Town. His first league match could be away to Shrewsbury Town on January 16.

Lee Johnson’s Reds have climbed to 17th in the League One table courtesy of winning three of their four matches over Christmas, although they remain only two points clear of the relegation zone.