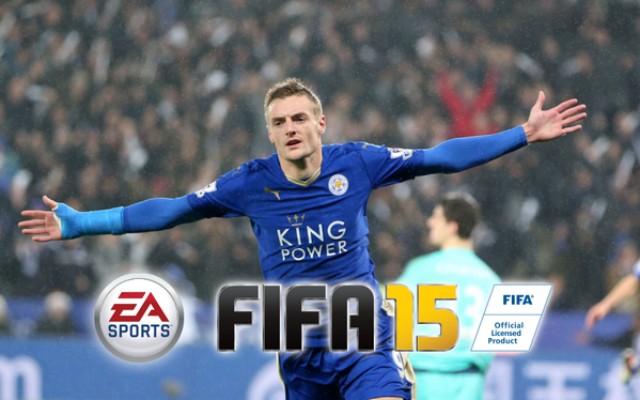 It’s already been a whirlwind season for Leicester City striker Jamie Vardy so far, having smashed long standing goalscoring records and firing the Foxes to the top of the Premier League table.

But it now seems that he could be the new face of the FIFA game series after he was mooted as a potential replacement for Barcelona megastar Lionel Messi, according to the Daily Telegraph.

Messi has featured on every cover of the game since 2012, but this year will apparently be the Argentine’s last and next year will showcase a different face.

Liverpool’s Jordan Henderson appeared alongside Messi this year, but Real Madrid’s James Rodriguez is the current favourite, while Manchester City striker Sergio Aguero is another frontrunner.

It would cap off a fine year for Vardy if he manages to be picked.