Manchester United will hope to avoid an FA Cup giant-killing when they host League One promotion hopefuls Sheffield United in the third round at Old Trafford on Saturday.

Louis van Gaal knows the dangers that lower-league opposition can pose, having seen his team humiliated 4-0 at the hands of MK Dons in the Capital One Cup last season.

Will the Dutchman go with a strong team or risk giving some youngsters a chance? Here, CaughtOffside predicts the Red Devils’ starting XI for the match at the Theatre of Dreams…

The Argentine has not played since the penalty-shootout defeat to Middlesbrough in the last 16 of the Capital One Cup, and will be hoping for a run out in place of David de Gea.

Van Gaal must choose between Ashley Young and the Italian, who started the season promisingly but has had a few shaky performances of late and could do with a good match.

The Express cites The Times as reporting that United have turned down four loan bids for McNair, so Van Gaal will be eager to get the Northern Irishman some game time.

This back five will not have played together before so it is important that Smalling leads from the front. United fans will expected nothing else from their most-improved player.

The 18-year-old may get another chance with Luke Shaw and Marcos Rojo still sidelined. Did not disgrace himself on debut against Bournemouth despite the 2-1 defeat.

One of only two current United players – alongside Rooney – to play the last time these sides met in the Premier League in 2008. The midfielder scored a rare goal in a 2-1 win.

Behind Morgan Schneiderlin and Bastian Schweinsteiger in the pecking order, to the bemusement of some sections of United’s fanbase. Will get a chance to stake his claim.

The youngster has been on the bench a lot of late and might be given a promotion for this one. Scored a cracking free-kick against Ipswich in the League Cup in September. 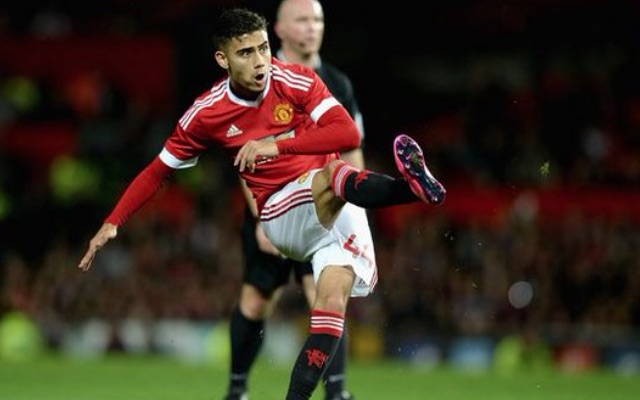 May interchange with Herrera but will most probably play behind Rooney for the majority, giving the Red Devils a more direct option, although one which the Blades may be accustomed to.

Everybody at Old Trafford is looking at the £31m signing from PSV – fee reported by BBC Sport – to prove his worth in the second half of the season after a dodgy first six months.

Anthony Martial has had a packed schedule and may be given a deserved day off, but Rooney has only recently returned from injury and will be eager to add to his goal against Swansea City. 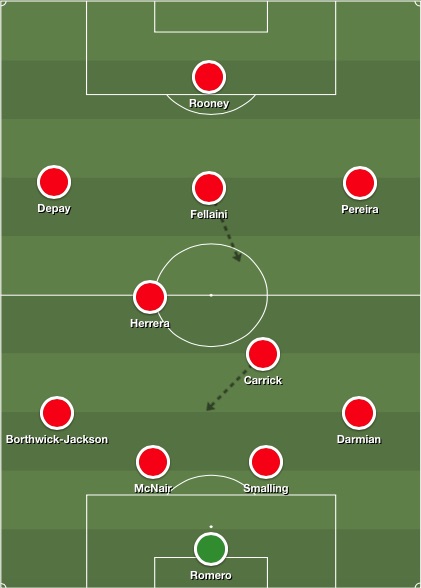