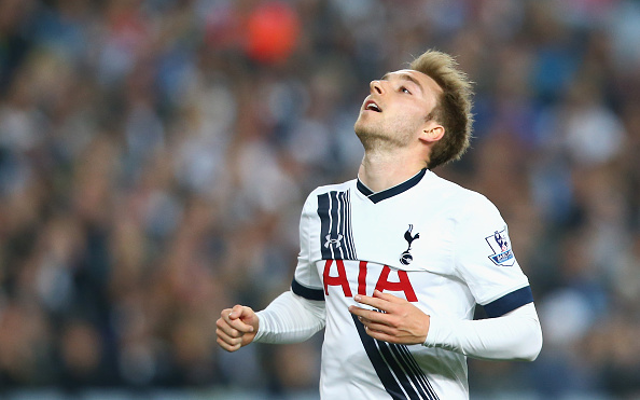 After some impressive play down the left flank involving youngster Josh Onomah, the 18-year-old sent a fierce cross-shot at Kasper Schmeichel with the Leicester goalkeeper unable to deal with it sufficiently.

Having parried the ball into the path of Eriksen, the visitors were unable to close the Dane down quickly enough as he slotted past his compatriot to open the scoring.

However, it didn’t take long for the Foxes to get back on level terms, with veteran Polish defender Marcin Wasilewski heading home from a corner just 10 minutes later.

New signing Demarai Gray registered his first assist for the club following his arrival from Birmingham City earlier in the week, and the youngster will hope to have an even bigger impact in the second half as he looks to impress on his debut.

The two sides traded opportunities ahead of the half-time interval, and it has certainly set up an intriguing second half with a place in the fourth round of the FA Cup at stake.

Claudio Ranieri will be particularly pleased with what he has seen from his players thus far, as with neither Jamie Vardy nor Riyad Mahrez featuring, it has given the rest of the squad a chance to shine and prove to the Italian tactician that they deserve a bigger role for the remainder of the campaign.