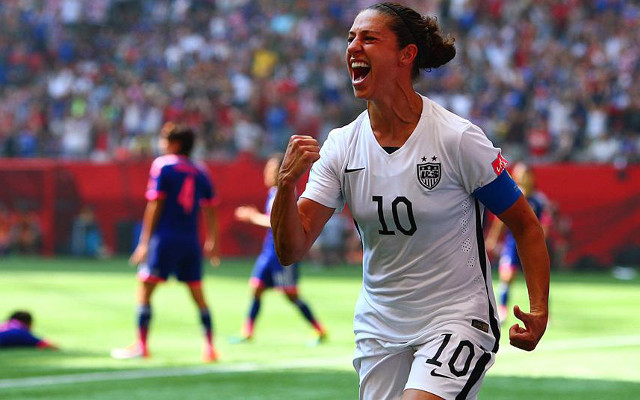 The United States may not hold world football in the same esteem as they hold their own version of football, but they still take pride in being the champions of the FIFA Women’s World Cup and having the best female footballer in the world: Carli Lloyd.

On Monday the United States and Houston Dash midfielder was named Women’s World Player of the Year at the Ballon d’Or gala, beating out Japan’s Aya Miyama and Germany’s Célia Šaši? for the biggest individual award in women’s football.

Lloyd won the Golden Ball and Silver Boot in the 2015 Women’s World Cup after leading the United States to a dominating 5-2 win over Japan in the Final, during which she scored three goals in the first 16 minutes, the fastest hat-trick in World Cup history. Her final goal tally was six – tied with Sasic for the most

In winning the award, Lloyd becomes the third American to win the award, and the first since USA teammate Abby Wambach in 2012. Wambach had been a finalist in each of the last four years.