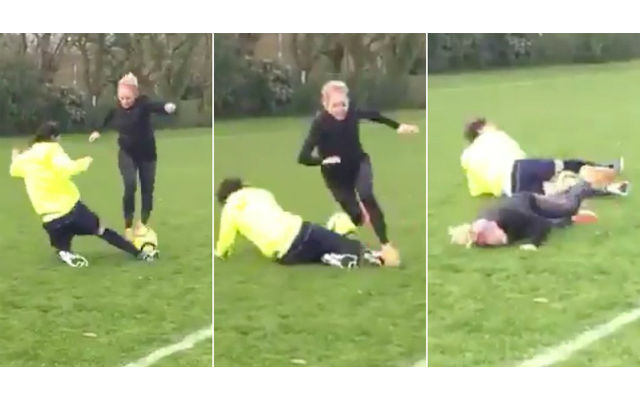 What else do you do when you have a hot Swedish girlfriend that wants to play football with you? You take her to a park and slide tackle the hell out of her, of course!

At least that’s what USA international midfielder Alejandro Bedoya did to his lovely missus, Beatrice Hilland this week.

A former Rangers man now at Nantes in France, the 28-year-old showed his girlfriend all about what he does when she asked him to “play for serious” during a walk in the park.

And though he didn’t go in on her particularly hard, she made an ungodly noise upon impact.

See the video below… 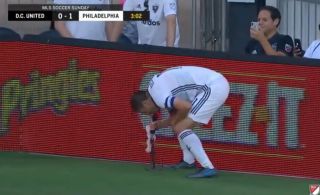 Video: Philadelphia Union’s Bedoya calls for US to “end gun violence” as he shouts down microphone during goal celebration August 5, 2019 6:09
MLS