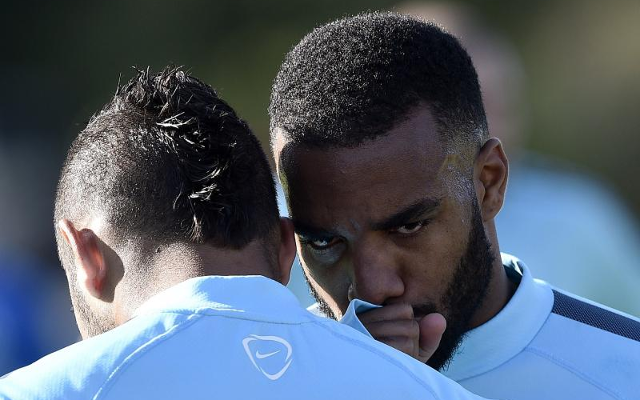 Olympique Lyonnais striker Alexandre Lacazette has revealed why he rejected a move to Newcastle United earlier in the transfer window.

The Magpies completed the signing of Girondins de Bordeaux midfielder Henri Saivet on Monday evening [BBC Sport], but will not be adding OL frontman Lacazette to their latest batch of Ligue 1 imports after the striker’s revelations that he’s staying put.

The bad news isn’t just for Steve McClaren’s side—who had an £18 million bid for the player rejected earlier in the month [The Sun]—but also for Arsenal and Chelsea, both of whom have been heavily linked with the France international in recent weeks.

The Express noted at the beginning of the month that both London clubs were eyeing a move for the speedy striker, whose goal record in France suggests he could be a big hit in the Premier League.

This season, the forward has scored seven in 16 Ligue 1 outings for Lyon, while last term he managed a whopping 27 goals in 33 outings to fire Les Gones into the Champions League qualification places.

However, all three sides look set to be made to wait for the forward, who has confirmed that he’s not looking to leave OL during the January transfer window.

“I read what is written by you in the media,” the striker began, as per The Sun.

“Now, I am at Lyon, I want to do a good second half of the season, so for me a departure is not on the agenda,” he continued.

“It is my agent, David Venditelli, who deals with that. He knows very well that I do not want to leave, so he rejected the offer.”