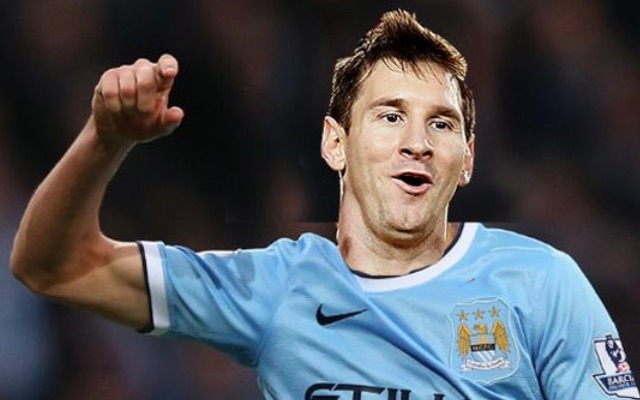 Barcelona superstar Lionel Messi has moved to disappoint Chelsea and Manchester City by insisting that he has no plans to leave the Nou Camp.

The Argentine superstar claimed his fifth Ballon d’Or at a glitzy ceremony on Monday evening, as the world once again celebrated the class and quality of arguably the greatest player in the game’s history.

The diminutive attacker has been with Barca since 2001, and while the glories continue to pour in for the global superstar, recently there have been increased rumours linking him with an exit from Catalonia.

According to the Express, Manchester City are understood to be primed to offer Pep Guardiola a hatful of cash in order to tempt Messi’s former Barcelona manager to the Etihad Stadium when he leaves Bayern Munich in the summer.

The report states that Guardiola would use the money to bring two of his former stars at the Nou Camp—Messi and Gerard Pique—to Eastlands to forge his new dynasty in the north west.

However, any hopes the Citizens had of signing the iconic frontman might have been dented by Chelsea’s reported interest, with the Express noting that the Pensioners have also ‘expressed an interest’ in bringing the attacker to Stamford Bridge.

Ultimately, it looks like both of Messi’s suitors are set to be disappointed.

Speaking to the Mirror following the Ballon d’Or ceremony, the Argentine international has revealed that he will not be leaving Barcelona this year, and instead intends to end his career at the Nou Camp.

“I want to keep succeeding with the club,” the 28-year-old began.

“Now is not the time to think about whether this is (my) peak. It’s more important that we keep trying to win, that we work hard. It’s a lot to think about.

“I’ve always said that (I can’t leave Barcelona). It’s always my response. I want to finish my career at home.

“My home is Barcelona. Football changes so much. A year ago, we were all getting criticised and we ended up winning nearly everything. My intention is to terminate my career where it started, in Barcelona.”