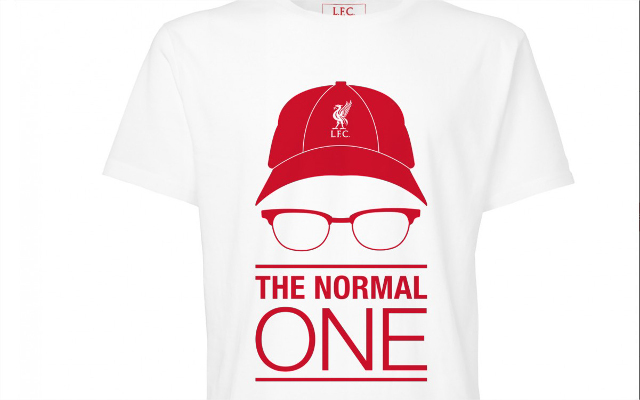 At Jurgen Klopp‘s introductory press conference upon accepting the Liverpool managing job, the former Borussia Dortmund boss tried to somewhat downplay his talents, dubbing himself “The Normal One” in contrast to “The Special One” Jose Mourinho. Several months later, Liverpool are trying to capitalize on Klopp’s popularity.

According to the Telegraph, Liverpool have applied to have the phrase ‘The Normal One’ trademarked under European law.

“I am a normal guy from the Black Forest and I do not compare myself with the geniuses,” said Klopp.

“I don’t describe myself. Does anyone in this room think I can do wonders? Let me work. I am the normal one.”

Klopp’s phrase immediately sparked social media excitement and merchandise sales – t-shirts with Klopp’s famous cap and glasses combo with the ‘Normal One’ phrase beneath are still available in the Liverpool megastore for £15.99.

However, the Reds don’t have an official trademark on the phrase, and are hoping to get one in order to have exclusive rights to the profits from phrase-related merchandise.

Since taking over for Brendan Rodgers in October, Klopp has won half of his games and led Liverpool to the Europa League Round of 32 and a rise to eighth place in the Premier League.