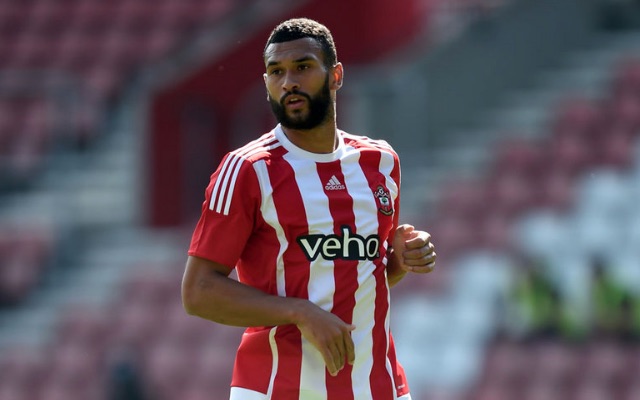 Liverpool have confirmed the signing of Steven Caulker on loan from Queens Park Rangers.

Sky Sports this morning reported Liverpool’s interest in the defender, who was on loan at Southampton, and they have moved quickly to push through a temporary deal for the remainder of the season.

The urgency of the move is because of Jurgen Klopp’s injury concerns at centre-back, where Martin Skrtel and Dejan Lovren are sidelined and Mamadou Sakho is fighting for fitness, as BBC Sport reports.

Caulker’s spell at Southampton, where he made eight appearances this season but only one Premier League start, has been immediately terminated in order to secure his switch to Anfield.

#LFC have completed the signing of Steven Caulker on loan from Queens Park Rangers until the end of the season. pic.twitter.com/jacWOhBsMN

The paperwork sealing the deal was submitted in time for Caulker to be available for tomorrow’s visit of Arsenal, but Reds fans may be worried having seen his terrible last outing at close quarters.

The 24-year-old has not played since Southampton’s 6-1 Capital One Cup thrashing at the hands of Liverpool, during which he was ripped apart by Daniel Sturridge and hat-trick hero Divock Origi.

Caulker emerged as a very promising defender after graduating through the Tottenham Hotspur academy, earning England recognition and scoring on his only international cap against Sweden.

But his career has gone off track because of a couple of ill-fated transfers, and he suffered relegation to the Championship with Cardiff City and QPR before going on loan to the Saints in the summer.