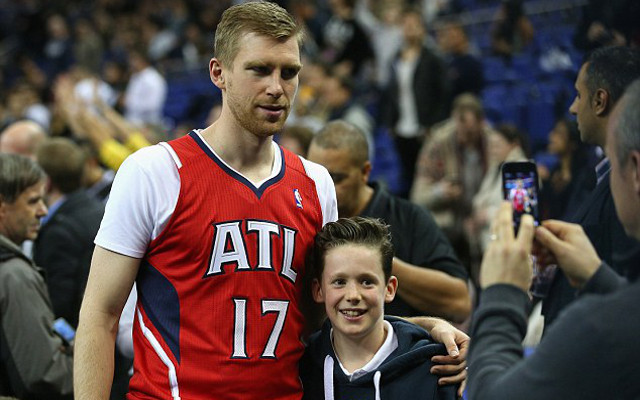 At 6’6″ Arsenal star Per Mertesacker could easily have chosen basketball as his second professional sport, but when he tried demonstrating his b-ball skills in a promo video all he can do is stand around awkwardly and barely handle the ball.

In a video for Marriott Rewards he shared on his Twitter account, the German defender dribbles a basketball once while standing next to another player spinning the ball on finger says nothing and doesn’t even seem like he’s paying attention. Mertesacker then shares the video tagline, “Retweet to win…” while standing completely still and awkwardly looking into the camera.

Almost as if he finally realises how ridiculous the short video was, Mertesacker giggles hysterically at the end of it.

Mertesacker is an avid basketball fan and previously appeared with Alexis Sanchez as part of a promo with the NBA promoting a game while showing off their ball skills. The ball spinning is computer generated. Apparently, Mertesacker’s basketball skills are simply imaginary.