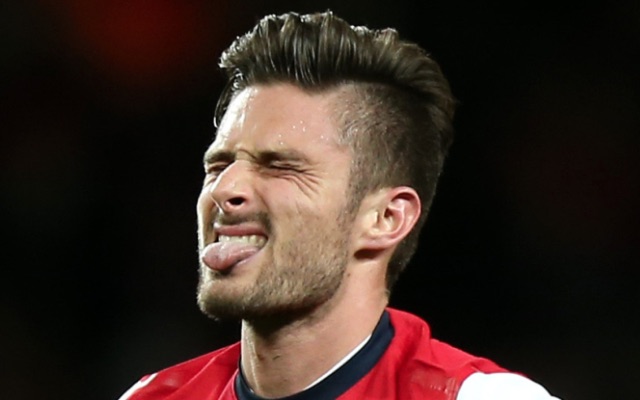 Mathieu Debuchy is expected to leave Arsenal this summer, but, judging by the photo below, which was taken in training on Tuesday, his teammate and fellow France international Olivier Giroud doesn’t want him to go! 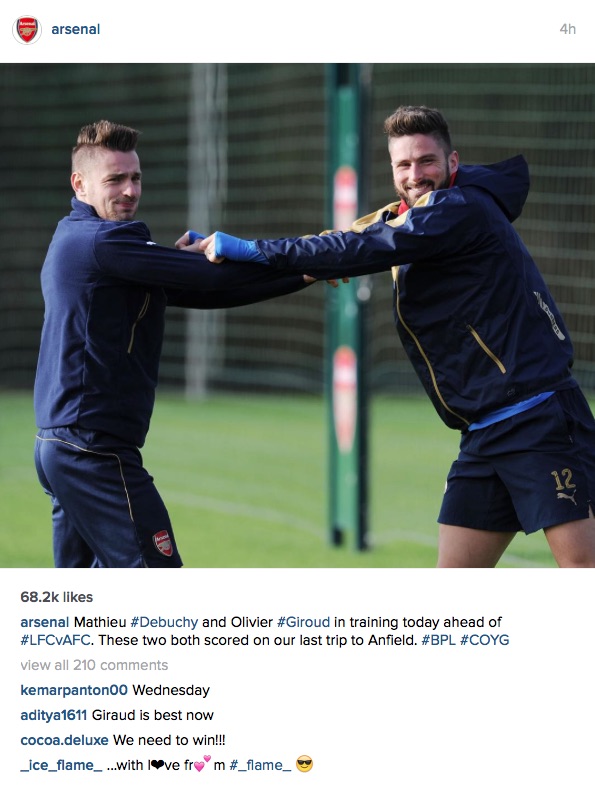 Gunners boss Arsene Wenger admitted earlier this month that Debuchy was likely to move on during the January transfer window, because he needs more first-team football to boost his chances of representing his country at Euro 2016 this summer.

“Debuchy at the moment does not get the number of games,” Wenger told The Express. “The European Championship is in France soon and it is difficult for him to deal with that.”

Giroud and Debuchy have only been Arsenal teammates since the right-back moved to the Emirates Stadium from Newcastle United in July 2014.

However, they pair have played together for the French senior team since 2011.

Debuchy has only started two Premier League games this season, largely due to the fabulous form of fellow full-back Hector Bellerin.

On Monday, talkSPORT published a report from Telefoot, claiming that Bayer Leverkusen, AS Roma and Aston Villa were among the clubs vying for Debuchy’s signature.

SEE ALSO:
WATCH Steven Caulker score his first goal for Liverpool… IT IS SPECTACULAR!
This Mark Lawrenson Pointless answer is the stupidest thing ever, even worse than his penis slip!
Chelsea star doesn’t need to worry – his kids are definitely not John Terry’s!