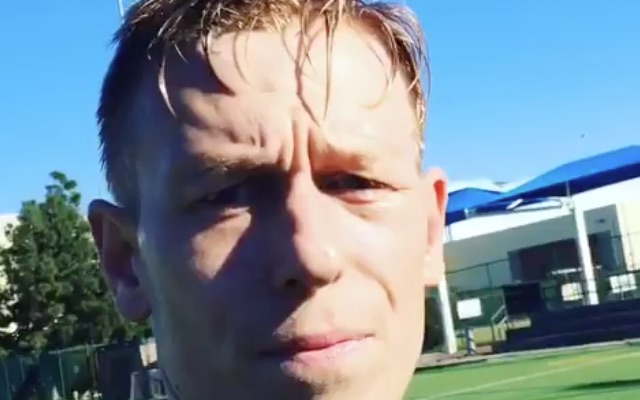 Remember when Mikael Forssell burst onto the scene at Chelsea in 1999? Big things were expected of the then-teenage wonderkid.

He didn’t quite live up to the hype at Stamford Bridge, scoring just 12 Chelsea goals before leaving the Londoners to join Birmingham City in 2005.

Forssell did alright at Birmingham, but his best achievements came at international level – he is second on the list of Finland’s all-time leading goalscorers, having netted 29 times for the Scandinavians.

After leaving Birmingham in 2008, Forssell had spells at Hannover 96, Leeds United, HJK and VfL Bochum.

He is currently a free agent, having left Bochum in the summer. Nevertheless, he is still very active.

His latest video saw him nail the crossbar with a volley from long range with what he claims was his first attempt.

Check out more of Forssell’s Twitter skills vids below.

He wasn’t by himself in this one, but those invisible defenders can be hard to beat!

Nice tricks in the buildup, but that ain’t in the “top bin”, mate!