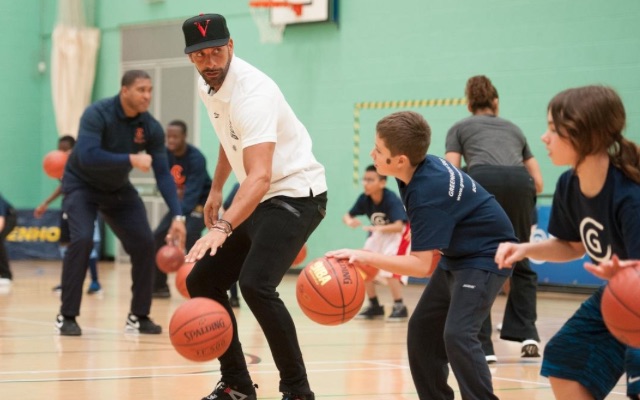 We always knew that Rio Ferdinand had great ball skills.

And it turns out with his hands as well as with his feet.

The former Manchester United defender uploaded this Instagram video of him making an outrageous basketball trick shot – finding the net from the free-throw line with his back to the hoop!

Come on then, Rio. How many takes did you need?!

The ex-England captain was at Cumberland School in Newham for a charity event in association with the NBA, the BT Supporters Club and Greenhouse charity, as the London Evening Standard reports.