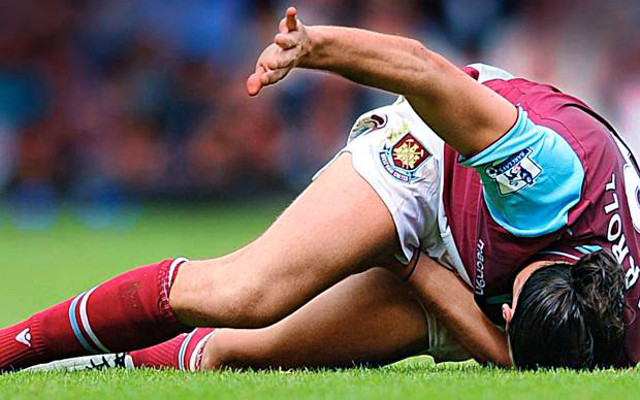 West Ham striker Andy Carroll has been hit with yet another injury setback and will be sidelined for anywhere between four to six weeks with a hamstring problem, the Daily Mirror reports.

The 27-year-old suffered the injury during Tuesday night’s 3-1 win over strugglers Bournemouth, lasting just 15 minutes into the first half, and was sent for scans on Wednesday afternoon to determine the extent of the damage.

However, the Hammers are hoping the injury won’t be as serious as first thought, and are hoping that estimates given saying he could be back in time for late January or Early February could prove closer to the mark.

“It’s a big blow for us because he has been working really hard. He came back after a long, long injury,” manager Slaven Bilic said.

“I don’t understand it because we’re resting the players. We’re not training a lot. We can only hope it won’t last that long. He is disappointed because he knows he was back.”