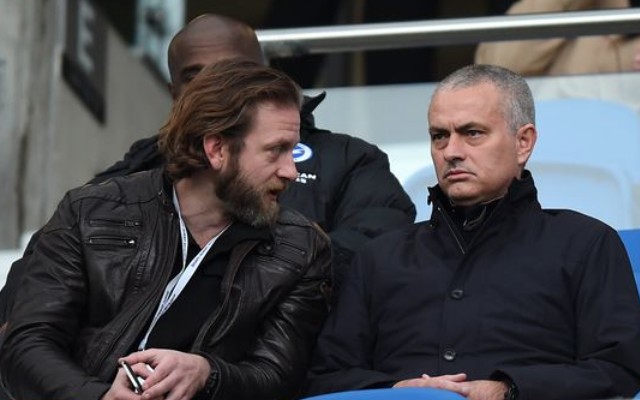 According to reports, super-agent Jorge Mendes is working on two simultaneous deals to take both Jose Mourinho and Andre Gomes to Manchester United.

Gianluca Di Marzio [via the The Daily Star] notes that the Portuguese agent, who is among football’s most powerful men, is keen to increase his influence at Old Trafford, and is looking to bring two of his clients—Mourinho and Gomes—to United.

Louis van Gaal’s regime at the north-west heavyweights continues to falter, and while United took the foot off the break to hit three past Newcastle United on Tuesday—an unfamiliar haul for LVG’s conservative side—they also conceded three, with gross defensive frailties exposed.

The result threatens to heap further pressure on the Dutch coach, and Mourinho has been readily tipped as a potential replacement for the former Bayern Munich boss since being given the boot by Chelsea in December [Express].

As well as Mourinho, Mendes could also ruffle a few feathers should he succeed in taking Gomes to Old Trafford as the Portuguese coach’s first signing.

The Valencia midfielder has been heavily linked with Manchester City in recent weeks, with Tuttosport via the Manchester Evening News noting that the 22-year-old is being tipped as Pep Guardiola’s first signing at the Etihad Stadium should the current Bayern boss replace Manuel Pellegrini at the season’s end.

Could we set to see these two Manchester heavyweights—and old rivals Guardiola and Mourinho—tussling over the precocious talent of Gomes in the coming months?