Hot on the heels of signing Mohamed Elneny, Arsenal are reportedly on the brink of bringing Paris Saint-Germain hitman Edinson Cavani to the Emirates Stadium.

Arsene Wenger confirmed, as reported by the Standard in the aftermath of the Gunners’ dramatic 3-3 draw with Liverpool on Wednesday evening, that the club had completed the signing of FC Basel’s Egyptian midfielder, who could be in contention to make his Arsenal debut against Stoke City on Sunday.

While Wenger was slow to splash the cash during the summer, the French coach looks set to build on the arrival of Elneny by moving for the PSG hitman. 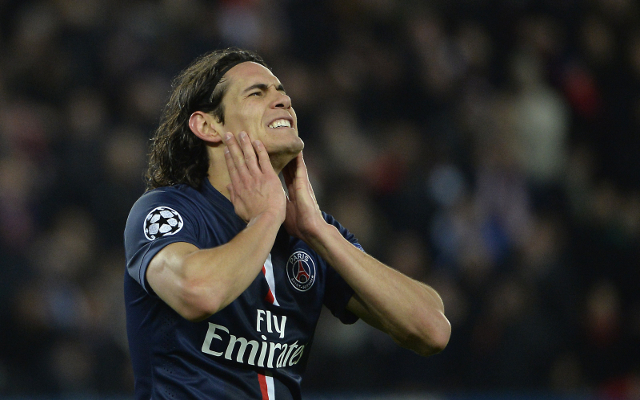 Laurent Blanc admitted—as per the Daily Star—that he could let the Uruguayan leave in January after revealing that the South American Is unhappy with his role at the Parc des Princes.

Tuttomercatoweb [via the Metro] report that Arsenal are primed to step in and capitalise on the increasing impasse between Blanc and Cavani by moving to make him their second signing of the window.

However, the Gunners may yet face competition for the attacker, with the Star noting earlier this month that Chelsea and Manchester United were also alerted to the striker’s potential availability.