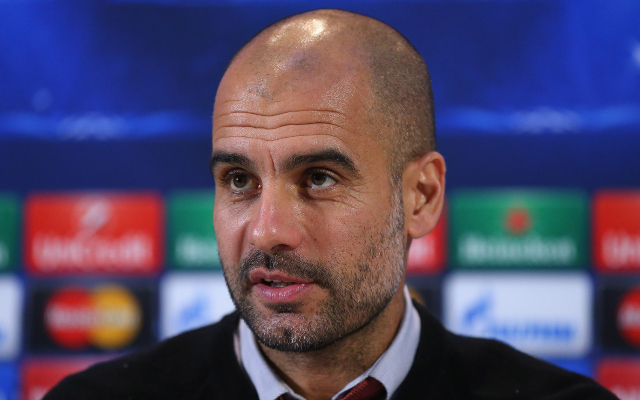 Bayern Munich coach Pep Guardiola has conceded that he could have to wait ‘two years’ before making a move to the Premier League.

The Spanish tactician revealed earlier this month that he would be leaving the Bundesliga giants at the end of the season when his contract expires.

While he intimated that a move to England was in the offing, he refused to disclose which club that would be with as he had been linked with Manchester City, Manchester United and Chelsea.

Having apologised for revealing his plans as he had put pressure on his peers currently in those jobs, he has now revealed that it may not happen at all.

“When I sign a contract I will announce it immediately,” he said, as reported by Sky Sports.

“Maybe it will be two years until I will coach a team in England. I am very happy about my experience in Munich. I am working until my last second here.

“After that I will go home and wait to see if it is possible to move to England or not. If it’s not, then I won’t.”

What is certain is that the former Barcelona boss will leave Bavaria in the summer, with the club already announcing that Carlo Ancelotti will be appointed as his successor.

It promises to be a successful end to Guardiola’s reign as his side currently sit eight points clear at the top of the Bundesliga table while they will face Juventus in the last 16 of the Champions League next month.