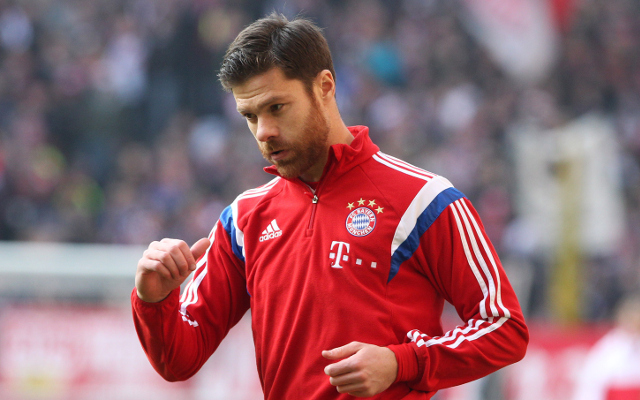 Bayern Munich passmaster Xabi Alonso has dropped a stunning hint that he would be keen to ‘see what life is like at Arsenal’ after admitting that he maintains a close friendship with Gunners midfielder Mikel Arteta, according to the Daily Star.

Alonso revealed that he grew up as an Arsenal fan in his native San Sebastian, where he first met Arteta before parting ways in 1997, before he joined Real Sociedad and Arteta left for Barcelona.

But the pair, who are both now in their mid-30s, faced each other a number of times over the years in the Premier League when they were on either side of the Liverpool divide, though never together for club or country.

And Alonso, who signed a new long-term contract extension with Bayern in December, has admitted that he still keeps an eye out for his old friend’s career at the Emirates, and has confessed that he often thinks about lining up alongside him in north London.

“I follow him very closely because we have kept in touch forever, from when he move from Everton to Arsenal,” Alonso told Arsenal’s official YouTube channel.

“I want to know how it works there in Arsenal, and he’s enjoying it so far.”