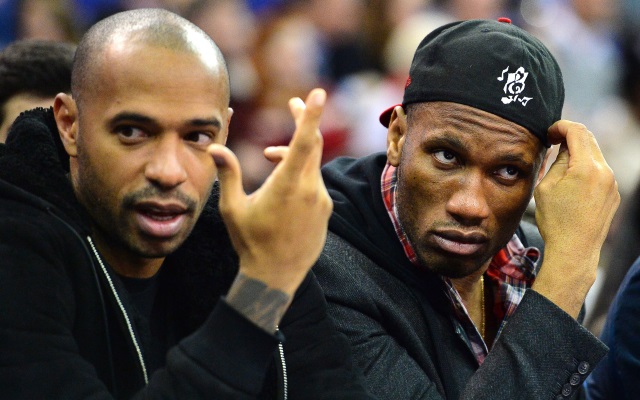 Arsenal trio Olivier Giroud, Alex Oxlade-Chamberlain and Calum Chambers were spotted at the O2 area in London for an NBA game on Thursday.

The influx of American sport into the capital has clearly caught the attention of the Gunners cohort, who were spotted out enjoying some NBA action as Toronto Raptors took on Orlando Magic.

Indeed, the trio weren’t the only stars in attendance, with the Mirror noting that the likes of Chelsea great Didier Drogba, current Pensioners trio Eden Hazard, Thibaut Courtois and Kurt Zouma were also present.

They were joined by celebrity cook Gordon Ramsay, Manchester United defender Phil Jones, as well as ex-Chelsea midfielder and former Germany captain Michael Ballack, all of whom enjoyed the contest as the Raptors emerged 106-103 champions.

The footballing stars in attendance will doubtless have had different intentions for being at the match—beyond the mutual appreciation of watching world-class players in action.

The Arsenal trio were likely taking a moment to unwind away from their title challenge, while the Chelsea pair will surely have been desperate to have a moment of respite from their miserable campaign.

We suspect Jones was just happy to get away from Louis van Gaal for a bit.