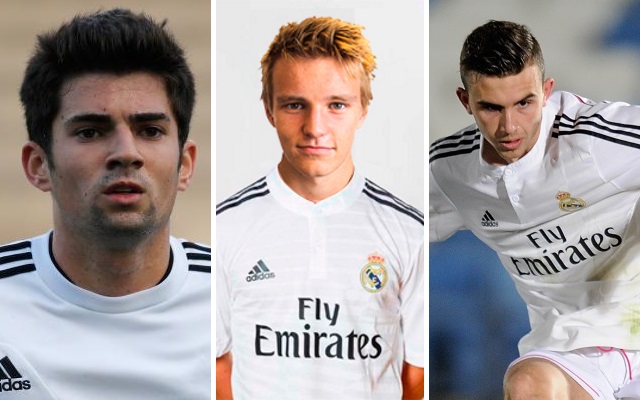 Real Madrid were hit with a hammer blow on Thursday when they learned that they would not be able to register new players for the next two transfer windows [BBC Sport].

For a club so synonymous with big-money and high-profile signings, the news may prompt a major change of direction, and will scupper any hopes on the part of Florentino Perez of building a new generation of Galacticos under Zinedine Zidane.

However, could the sanction—which means any new players not bought before the end of January will be unable to play until the 2017-18 season—actually be a blessing in disguise for Los Blancos?

With their extensive finances and the ability to recruit taken out of the equation, Real will be forced to look to within to sustain their momentum.

Fortunately, in Zidane, the former youth coach, they have just the man to potentially bring through the next generation of home-grown Galacticos.

Considering some of the talents at his disposal, he might just have the resources to do it. Below are some of the key names in the Real academy, the club’s potential saviours over the coming year.

Martin Odegaard: One of the most highly rated wonderkids on the planet; Odegaard shone in his homeland with Stromsgodset, and has impressed in the Castilla over the last six months despite rumours of a move to Celtic on loan. He was handed his first-team debut under Carlo Ancelotti, but hasn’t yet been afforded a second league appearance.

Check out the next five Real Madrid wonderkids on Page Two >>