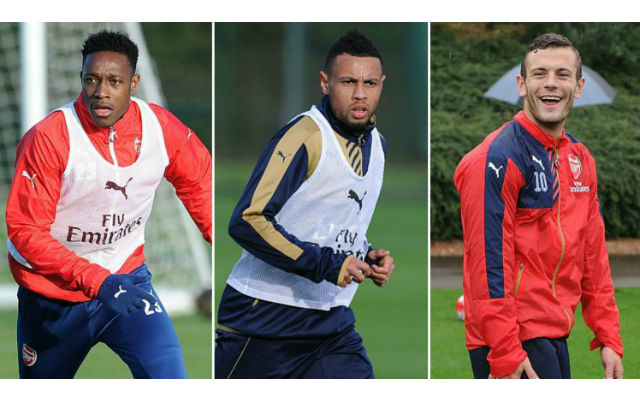 Arsenal have been given a massive injury boost with the news that key stars Francis Coquelin, Danny Welbeck and Jack Wilshere have all returned to full-time training ahead of schedule, The Times reports.

All three players had been long term injuries, and their absence had contributed to the growing injury crisis the club was suffering earlier in the campaign.

Coquelin’s absence had initially been seen as such a major blow that Wenger even spent £5million on Mohamed Elneny as cover for the Frnchman, while England internationals Wilshere and Welbeck haven’t played a single game so far.

However, all three are now back in training, and though they won’t be ready for first team duties just yet it is believed that they will be ready for returns as early as the start of February, just two short weeks away.

The news will be most welcome by Wenger and the fans, as they will now look to push on and maintain their challenge for the Premier League title.