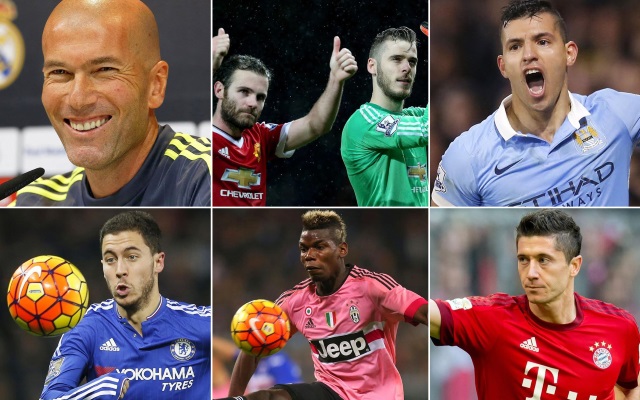 The Spanish giants were slapped with a one-year ban from registering new players on Thursday after irregularities emerged in some of the Bernabeu heavyweights’ dealings with underage players [as per BBC Sport]. The sanctions—handed out by Fifa to Real and their city rivals Atletico—mean that neither club will be able to register new players for the next two transfer windows, and that, essentially, any prospective new additions will not be able to play for Los Blancos before the 2017-18 season.

In order to bolster their squad now before the registering of new players is banned at the end of the window, The Sun report that the Spanish heavyweights are plotting an astonishing £250 million transfer raid.

According to the report, Chelsea attacker Eden Hazard—valued at £80 million—is their No. 1 transfer target, although should the Belgian arrive, he may well be one of several Galacticos to arrive in a manic spending splurge. The tabloid proceed to note that David De Gea of United and Sergio Aguero of City are the two other EPL players on Real’s transfer wish list.