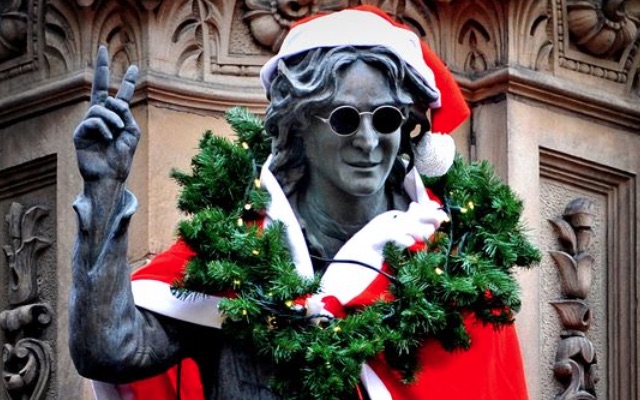 There is a healthy hatred between Liverpool and Manchester United fans.

So, Jurgen Klopp’s pregame Red Devils charm offensive may have baffled a few supporters, some may even have deemed it rather foolish.

Politely bigging up underperforming United boss Louis van Gaal was one thing, but comparing legendary Old Trafford chief Sir Alex Ferguson to John Lennon – one of Merseyside’s most famous sons – was probably a step too far!

Klopp is quoted by BBC Sport as saying: “Louis van Gaal is one of most successful managers in the world. He has a special idea about football. Maybe Sir Alex Ferguson is the greatest ever – the John Lennon of football. I had really good moments with Sir Alex. It was an honour to talk with him.”

Ninth-placed Liverpool and United – in sixth – meet at Anfield on Sunday, separated by three points in the Premier League table.

John Lennon with The Beatles
17 no.1 singles
1.89 million copies sold of She Loves You