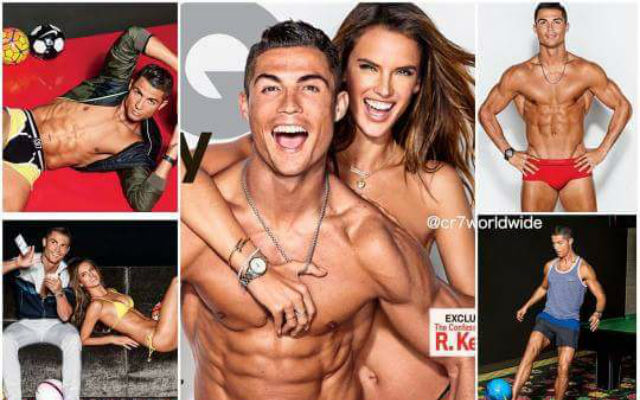 Cristiano Ronaldo never seems to miss an opportunity to whip his top off, especially when there’s a beautiful woman nearby.

And this time lifestyle magazine GQ have teamed him up with Victoria’s Secret model Alessandra Ambrosio for some fun topless pictures ahead of their February issue.

The pair will appear on the cover of the magazine’s body edition, and there will be plenty of flesh on display as we show below.

Though there’s nothing rude on show, the shoot leaves very little to the imagination, but he will be watched from all angles after he was linked with Colombian model Nataly Rincon earlier this week.