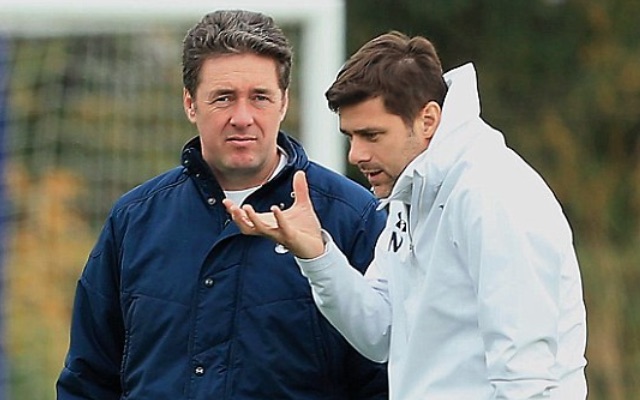 Derek Langley – United’s head of youth player recruitment – is planning to leave Old Trafford at the end of the season after 16 years of service with the United youth setup, according to The Times.

And The Times understands that they have identified McDermott as their leading target to overhaul an academy which has failed to match its past achievements in bringing through stars in recent years.

United have gone a while without having a homegrown talent make a significant impact on the senior side. The likes of Adnan Januzaj, Tom Cleverley and Danny Welbeck are hardly the ‘Class of 92’.

Meanwhile, Tottenham’s academy, built from scratch by McDermott on a £900,000 budget in 2005, according to The Times, has been churning out players who could be the future of the England team.

Harry Kane especially – a United target according to The Guardian – as well as Ryan Mason, Tom Carroll and Danny Rose are playing important roles in Mauricio Pochettino’s title-challenging side.

McDermott is also credited with guiding teenage signings such as Eric Dier and Dele Alli into the first team. Both midfielders earned England debuts last year after excellent starts to this campaign.

The Times adds that Tottenham value McDermott highly and would strongly resist any approach for him. McDermott’s close relationship with Pochettino also means United may find it hard to broker a deal.

They might not get McDermott, but it is promising that United are looking to improve the production of the academy and get back to their roots after the reckless spending post Sir Alex Ferguson.