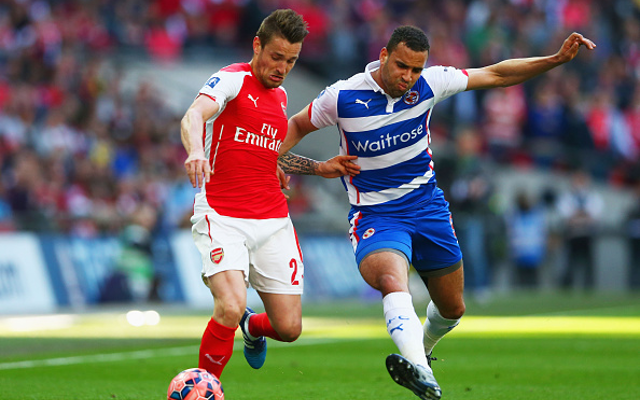 Mathieu Debuchy has admitted that he is desperate to leave Arsenal this January and is considering an offer from Premier League basement side Aston Villa.

The Frenchman has only made two top-flight starts this season after losing his place at right-back because of the emergence of youngster Hector Bellerin.

Debuchy wants to play regularly in the second half of the campaign in order to guarantee his place at Euro 2016 and has insisted that he “can’t stay at Arsenal”.

“It’s true that there are clubs looking to sign me and right now I’m assessing my options. Whatever happens, I want to leave, even on loan. I can’t stay at Arsenal,” Debuchy told French newspaper L’Equipe, according to Sky Sports.

The Birmingham Mail reports that Debuchy is close to joining Villa on loan, but the 30-year-old has some reservations about joining a club which seems certain for the drop.

He told L’Equipe, via Sky Sports: “Aston Villa are in great difficulty and that’s why I’m taking time before making a decision. They’re a big English club and I’m not ruling out the possibility. I have also talked to Remi Garde over the phone.”

A loan move to Villa seems like the ideal solution for Debuchy. He would be first choice and yet would not be tied to their sinking ship headed for the Championship.

Playing regularly in the Premier League and then at the Euros would give the defender a platform to impress and earn a permanent move away from Arsenal, perhaps to a more esteemed club.