Legendary Chelsea midfielder Lampard had the former world heavyweight champion, who made a triumphant and emphatic return to boxing on Saturday, on his ITV panel show Play to the Whistle.

Captain Lampard got his trio, completed by comedian Romesh Ranganathan, together for a team picture which he uploaded to social media. It is fair to say, it is a very unflattering shot of Haye! 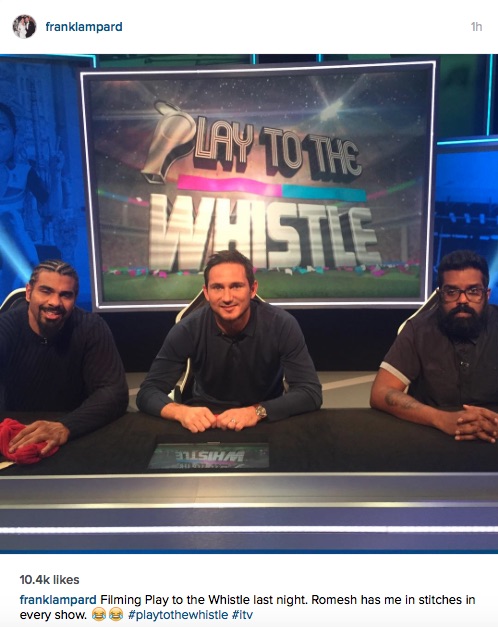 Haye’s gormless expression would suggest that he went 12 rounds with Mike Tyson over the weekend!

The truth is though that Haye’s first professional fight in three and a half years lasted little over two minutes before he knocked out Australian Mark de Mori with a thunderous right hand.

The Briton might now have his eyes on a huge domestic showdown with Anthony Joshua or WBA and WBO title holder Tyson Fury. I don’t see this picture being used in the pre-fight promotion!