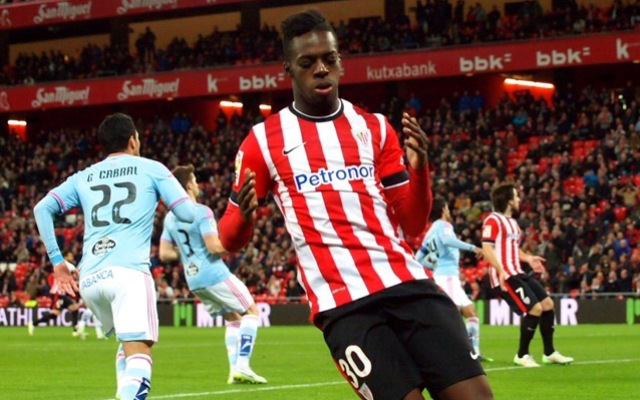 Injuries are mounting at Anfield as Liverpool eye a last-ditch effort to make a final five finish and UEFA football next season. As a result, Jurgen Klopp is looking to make a big splash to land Athletic Bilbao forward Inaki Williams and augment his front.

According to the Metro, Klopp has requested the Liverpool board help him seal a transfer for the 21-year-old La Liga attacker, who has already drawn interest from Arsenal. The source noted that Williams has an estimated £15.2 million release clause in his contract.

Williams has played well for Athletic Bilbao this season, scoring six league goals and 10 total goals for the La Liga outfit. On the international level, he has been capped just a handful of times for Spain’s Under-21 side.

The young forward gained plenty of attention this past November when he recorded five goals in a three-match span.

Liverpool have suffered a number of injuries to their best strikers, with Daniel Sturridge injured again and Philippe Coutinho expected to miss time as well. Christian Benteke has been healthy-ish but his on-the-field production has been shaky at times.