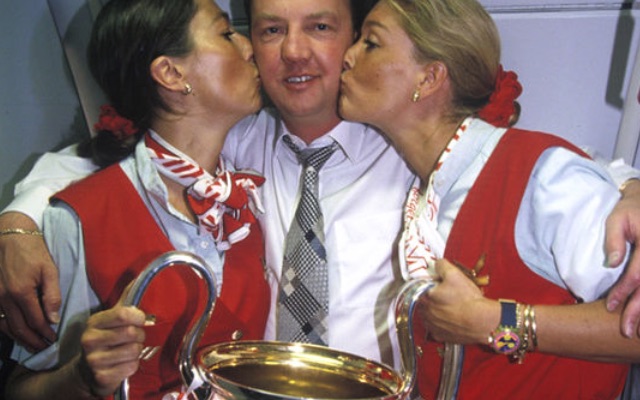 Manchester United nicked a fortunate 1-0 win at Anfield on Sunday to move to within seven points of the top of the Premier League table.

Liverpool had the lion share of possession and registered 19 shots to United’s seven, but Wayne Rooney struck the only goal to give Louis van Gaal’s men a boost in their quest to qualify for next season’s Champions League.

However, LVG appears to be setting his sights much higher than a top-four finish.

The Dutchman, who has been the subject of criticism for many weeks, seems to think the Red Devils are back in the title race.

“To beat Liverpool is always important,” Van Gaal told Sky Sports. “Today it was important because our competitors lost points and when the gap [at the top] is like this we can overturn that. That is what I’m thinking.”

Asked whether he believed his side were still in the title mix, he added: “We have a lot of matches to go. We started 2015 very good, with a lot of wins and draws – we didn’t lose.

“This game will give a huge boost to the players, the fans and to everyone connected with Manchester United – and we have to continue, of course.