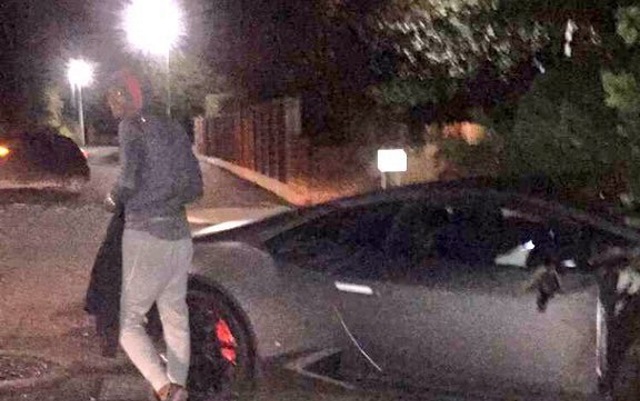 West Ham United striker Diafra Sakho has taken to Twitter to confirm rumours that he was involved in a car crash on Monday evening.

The Senegal international frontman, who hasn’t featured for the Hammers since the end of November as he continues his return from a thigh injury, took to social media to confirm earlier rumours that he’d been involved in a collision.

Pictures emerged on social media earlier in the evening which appeared to show Sakho stood on a pavement beside a car which had apparently veered off the road and into a bush behind a wall, apparently causing damage to another vehicle in the process.

The photos were shared by a user named Sophie Engstrom, using the @sophengst handle, in which she name-checked the West African hitman as the culprit. The player himself later took to social media to confirm that it was indeed him involved in the incident.

According to The Guardian, Sakho’s vehicle was a Lamborghini, with the source reporting that the forward only shared a photo of his ‘new’ car two weeks ago.

Writing on Twitter on his @iamdiafrasakho handle, the 26-year-old thanked those who had sent him messages and acknowledged that he had been involved in a collision. “Thank you for the messages,” Sakho began. “Was involved in a small car accident this evening. Thankfully no one was hurt.”

Thank you for the messages. Was involved in a small car accident this evening. Thankfully no one was hurt. — Diafra Sakho (@iamdiafrasakho) January 18, 2016