It is claimed that you are never more than 50 feet away from an Arsenal fan.

However, you very rarely see them in person, because most live on the internet.

Hiding out in dry spaces behind keyboards, these creatures rely solely on Twitter polls for energy and Hector Bellerin YouTube videos for sexual stimulation.

Internet Arsenal fans make up around 99% of the entire Gooner population. They are disgusting, but they are harmless.

It is the rare Gooners that venture beyond the Worldwide Web who pose a real danger to society.

The problem with all Arsenal fans is that they are unable to shut down and act like normal people. Trying to have a conversation with an Arsenal fan about anything (gardening, food, work, even your grandmother’s passing) is impossible. They always have to drop something in there about how this relates to Arsene Wenger’s injury crisis or his side’s team spirit in 2004.

As a consequence of their social disorder, Arsenal fans really should never be allowed to attend events in the physical domain.

To highlight this point, I will show you two examples of disgusting behaviour. One from 2014 and another from this month.

Two Gooners (somehow) convinced their spouses to marry them. Good for them.

Failing to surpress their disease in order to give their long-suffering families one day of normal life, both men managed to turn their wedding into a farce.

One (in the video below), toasted Mesut Ozil in his groom’s speech, while the other, who you can see pictures of at the top and bottom of this article (and probably in your nightmares forevermore) got married in replica kit.

Let that sink in… 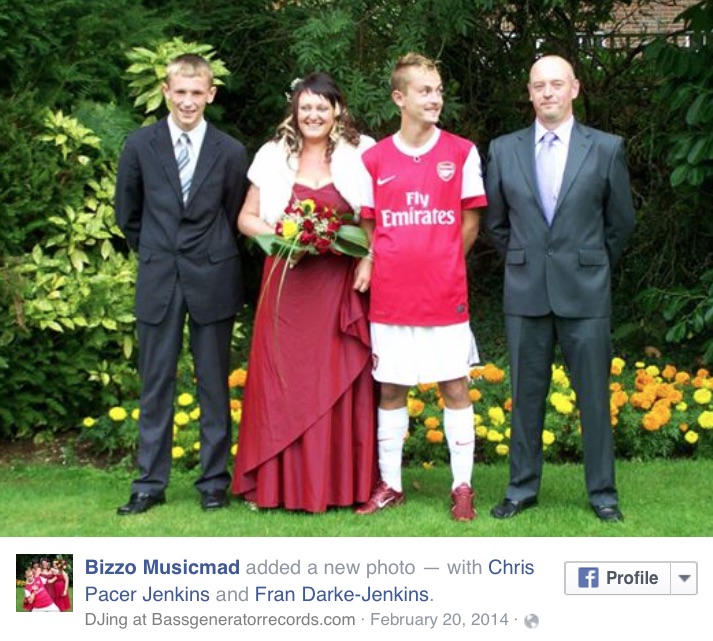 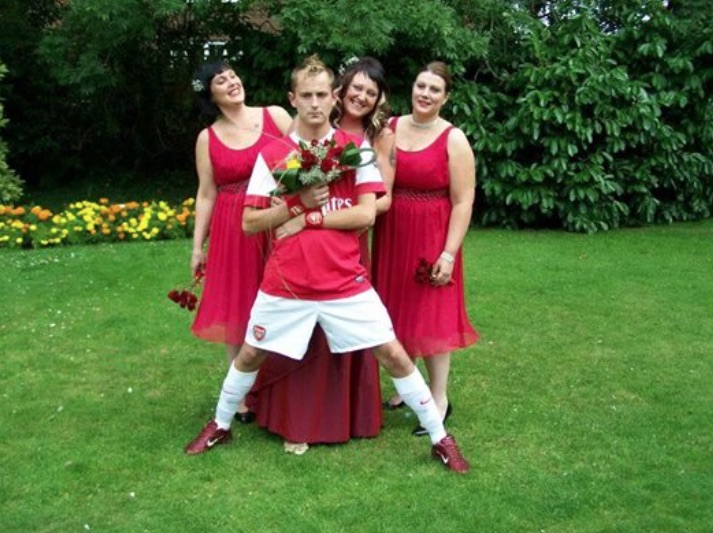