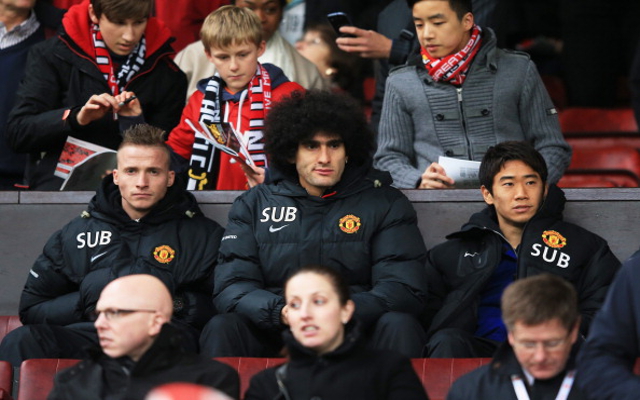 Manchester United are understood to be prepared to offload Marouane Fellaini, with clubs in Italy and Germany interested.

According to talkSPORT—citing Calciomercato—the Red Devils are open to listening to offers for the Belgium international, but have informed potential suitors they will need to pay £19 million to take the powerhouse away from Old Trafford.

The 28-year-old moved to United from Everton in 2013 after having managed 11 goals in his last full season at Goodison Park. However, he has never truly looked the part for the Red Devils, managing only seven goals in his 54 league matches to date under both David Moyes and Louis van Gaal.

While United are concerned about being left short in midfield—according to talkSPORT—they would offload Fellaini for the right price.

talkSPORT, referring to the Italian source, note that United have told prospective buyers they will need to pay £19 million to sign the player, with officials from Lombardy giants AC Milan planning to speak with the midfielder’s representatives later this week. They may yet face competition for the former Standard Liege midfielder, with sides in Germany also understood to have made enquiries.

Milan may have lost their way in Serie A in recent seasons, but having won the European Cup/Champions League on seven occasions, remain one of Europe’s bona fide giants.